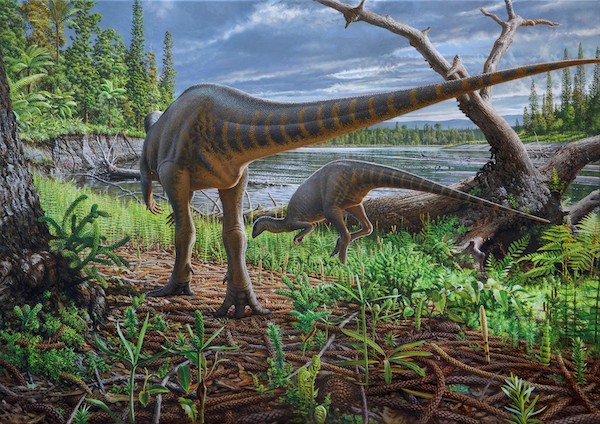 STEM in a box:

You will receive hands on materials and a teacher VC guide that also includes follow-up activities.

Dinosaur remains have been found on every continent on Earth and we know these creatures dominated the planet’s ecosystems for around 140 million years. But despite their abundance elsewhere, few discoveries have been made in Australia. Given Australia’s geographic isolation many of Australia’s dinosaurs evolved as unique species adapted to extreme conditions.

Australia’s dinosaurs are known mainly from fragmentary fossils. Dinosaur fossils have been found mainly in the Eastern half of Australia (Queensland, New South Wales & Victoria). Today these fossils from these amazing creatures give us insight into what they might have looked like and how they may have lived.

Victoria may have had one of the world’s most diverse array of small ornithopod dinosaurs, which had a surprisingly hardy ability to survive at least 3 months of winter darkness annually. These ornithopods moved around on 2 legs, ate plants, lived together in herds for safety, and included unique features such as large eyes for the gloomy light.

No prior knowledge required.

Highlighting some final tickets still available on an event.