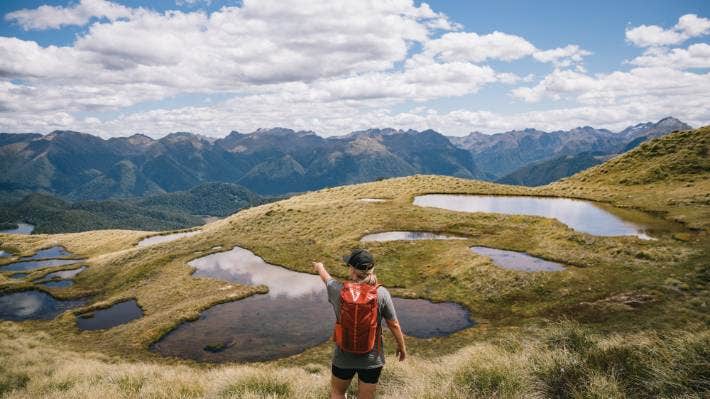 Secrets of the Lost Quarry

STEMLinc video conferencing: Investigative skills will be put to the test in this interactive adventure! Journey into the Canadian Badlands to rediscover a fossil site lost over 100 years ago. Students will be transported through the Drumheller valley to collect and study evidence pointing to the location of a historic dinosaur quarry. (Image: LIZ CARLSON/STUFF )

Background information: In 1884, Joseph Burr Tyrrell (pronounced TEER-uhl), the Museum’s namesake, came to the Alberta badlands as a geologist with the Geological Survey of Canada.

Search for the Lost Quarry

The clues have led to Horsethief Canyon; a canyon once used by horse thieves who hid and re-branded stolen horses among the hills. Prospecting is how palaeontologists find fossil evidence. This process involves searching the ground for small pieces of fossils. To find a lost quarry, evidence of people working must be found. This includes old newspaper bits, remains of field jackets, tin cans, buttons, etc. Importance of Finding Lost Quarries Many early fossil hunters did not collect all the fossils at a quarry. For example, if they were in a rush they may have collected only the skull, leaving the rest of the body behind. If the lost quarry can be found, there may be more fossils to find and collect.

By finding a lost quarry, new information can be found:

• What the environment was like by the type of rock present

• How creature may have died

Prior Knowledge: Not needed but some pre/post activities can be downloaded here: Secrets of the lost quarry_TeacherGuide_Activities

Answer key to these activities can be downloaded here: secrets of the lost quarry_TeacherGuide_AnswerKey

Teacher’s guide to this activity can be downloaded here: secrets of the lost quarry_TeacherGuide_SotLQ2020

In this video conference students will: